Why Social Media is Relevant for B2B Marketing 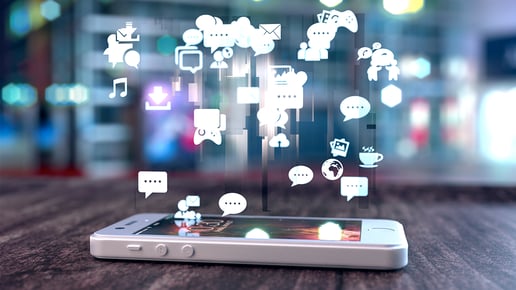 Since most people associate social media marketing with B2C efforts, there’s understandable skepticism surrounding how effective it can be for B2B companies. The reality is that social media can be an incredible lead-generating tool when used correctly. If used diligently and properly, social media can actually be one of the primary avenues for obtaining leads. And, despite what the skeptics might say, social media can work for almost any industry.

While B2B social media won’t garner the same volume of traffic or inbound marketing leads as B2C typically will, remember that the average ROI on those leads is much higher. This fact alone should cut any discouragement you might have regarding your social media. Additionally, 66% of B2B companies have stated that lead generation is a primary benefit of social media marketing and that 40% of the leads created via social media led directly to revenue.

It’s More Than Just LinkedIn (But LinkedIn is Important)

In a HubSpot study of more than 5,000 businesses, the well-known inbound marketing giant found that LinkedIn gained the highest visitor-to-lead conversion rate (2.74%), three times higher than Twitter and Facebook. With this in mind, LinkedIn should be the highest priority channel for B2B engagement. The return potential is simply too excellent to pass up. This is especially true when sharing newly created content. Excerpted content on LinkedIn performs particularly well.

That said, it’s important not to neglect the other social channels. According to Forbes, 24 percent of people said they would look to Facebook before making a decision while the average decision-maker uses Facebook around 18 days a month.

Don’t Talk About Yourself Too Much

One of the cardinal sins of social media marketing is talking about yourself constantly. Nobody likes to be marketed to, but will enjoy genuine conversational interaction and helpful or entertaining content. Remember that social media isn’t simply a platform to megaphone your services, but is a place to develop relationships with leads, publications and industry peers.