We All Scream for Ice Cream: The Power of Promotion Through Social Media 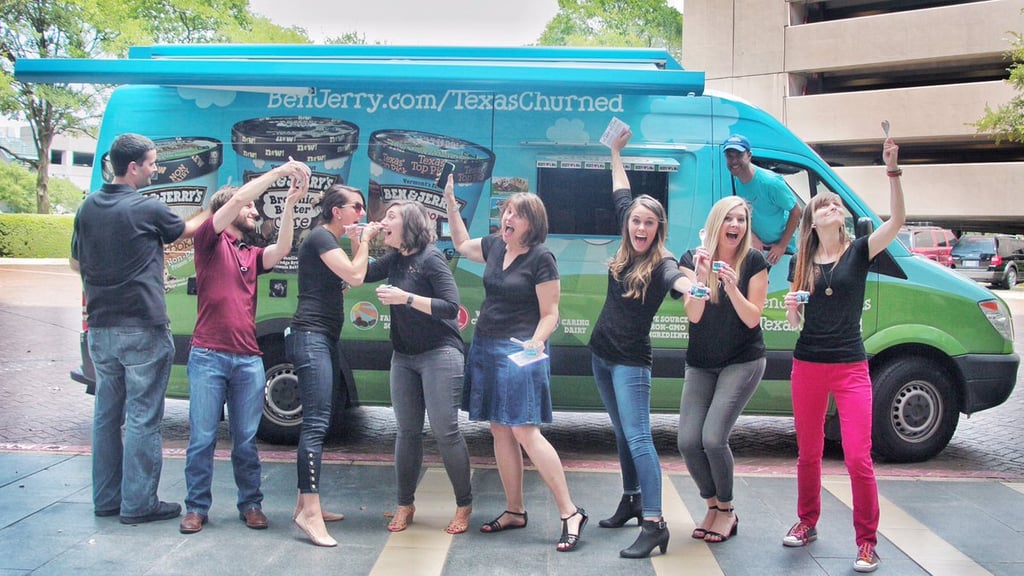 A few weeks back, one of Mojo’s fabulous Digital Designers, Bree, was going through her morning routine of scrolling through her Twitter feed and came across a promoted tweet from Ben and Jerry’s:

We’re making this week in Dallas short, but very sweet! Who could use some scoops at their office today?! pic.twitter.com/dzi9yQyacW

Along with several other offices throughout the DFW Metroplex, we flooded Ben and Jerry’s Twitter feed with GIFs, jokes, team photos — anything to steal the attention away from our competitors. Lo and behold, I received a direct message from the Ben and Jerry’s account and they let us know that they could swing by the office the following day and treat the Mojo team to some sweet scoops!

(Let me just note that the job of these two awesome Ben and Jerry’s team members is to literally drive around and hand out ice cream for free. Can you say #blessed?)

Here’s a video of the experience:

Giddy from all the excitement of winning the contest (I never win anything, so this was a momentous occasion), I shared the news of Mojo’s victory on all of my social platforms — completely unintentional promotion of the Ben and Jerry’s brand. It’s no surprise that social platforms, especially Facebook and Instagram, can be valuable marketing tools. But have you ever thought about the exposure a brand gets through social media, often subconsciously?

Whether we like it or not, our culture is an ongoing contest of “who has the coolest life?” If you have an Instagram account, you’re probably guilty of this. Received your new Ray-Bans in the mail just in time for summer? Post it. First one in line at Starbucks for the release of the season’s first Pumpkin Spice Latte? Post it. Lying on the beach while scanning your latest copy of Vogue magazine? You guessed it, post it. We are always subconsciously promoting brands and effectively acting as a billboard for them.

With their mojo and our sweet scoops, it was love at first site @MojoMediaLabs in #Irving! pic.twitter.com/Df3eYJZi6p

In my mind, that’s when you’ve really accomplished the brand image that every company desires. When people are taking selfies with your ice cream truck and flaunting their “I <3 Ben and Jerry’s” sticker on their laptop (guilty as charged). So hats off to Ben and Jerry’s Texas for a fantastic 2016 “Texas Churned Tour” campaign… we were honored to be part of it!