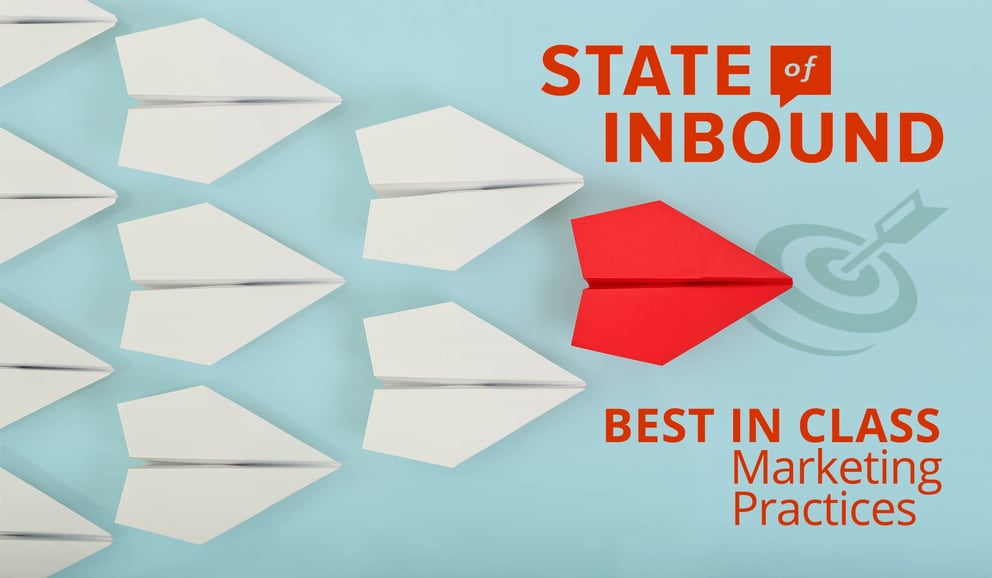 We know what every marketer wants more ROI, more leads and conversions, and more budget.  The benefit of a survey of this scale is that you get a chance to see what all of the “smart kids” are doing and replicate it.  Here is what the top companies with the highest return on their marketing dollars are doing.

Inbound is the preferred method for all companies that spend under $5M annually on marketing.  In fact, chances are if you’re organization spends less than $100,000 on marketing annually, you’re four times more likely to practice inbound than outbound. What’s more, companies who were surveyed – regardless of marketing spend – were three times as likely to see a higher ROI on inbound marketing campaigns than on outbound.

LEADING Marketers take outbound with a grain of salt

In today’s marketplace, in many ways, the data shows that outbound lives in inbound’s shadow.  Fifty-seven percent of respondents from companies that saw greater ROI in 2015 than 2014 cited paid advertising as the most overrated marketing tactic.  The next closest item, social media, had only an 11% chance of being cited.

Takeaway: Leading marketers resist the allure of paid campaigns and recognize outbound as being overrated.

Best-in-class companies get increased marketing budgets by proving that their teams are worth the spend.  How?  By tracking returns year-over-year and demonstrating a positive ROI.  Survey respondents were 20% more likely to receive higher budget in 2015 if ROI was tracked in the first place, and twice as likely to see an increased budget if the tracked ROI was shown to be higher than in 2014. What’s more, respondents were nine times more likely to receive a lower marketing budget if they failed to demonstrate a positive ROI in the previous year.  All things considered, there is a strong case to be made for dedicating time and resources to establishing a link between marketing activity and results.

When respondents were asked to identify the factors that caused a change to their inbound budget, as was the case in 2014, no single factor was more important in driving a higher inbound budget than past success with inbound marketing.  Past failure with inbound also resulted in higher budget however.  In fact, of those who failed with inbound last year, 81% increased budget as a result.  What does this mean exactly?  The top marketers realize that inbound is a long game and though you may get off to a slow start, you shouldn’t pull the plug or back off.  Instead, you might consider doubling down on your investment.

Takeaway: Past success with inbound marketing is the single biggest factor that drives budget increases.

The most successful marketing companies use a balanced attack for churning out compelling content.  In particular, organizations that saw an increase in ROI from 2014 to 2015 were more likely to employ both staff writers and guest contributors in their content creation than some of their less successful peers.

Everyone knows the old adage “what gets measured gets managed.”  But is it true?  According to the data from this year’s survey, yes, it is.  Respondents who achieved greater ROI in 2015 than the previous year were approximately 20% more likely to check their marketing analytics three or more times per week (or have someone from the team do it).