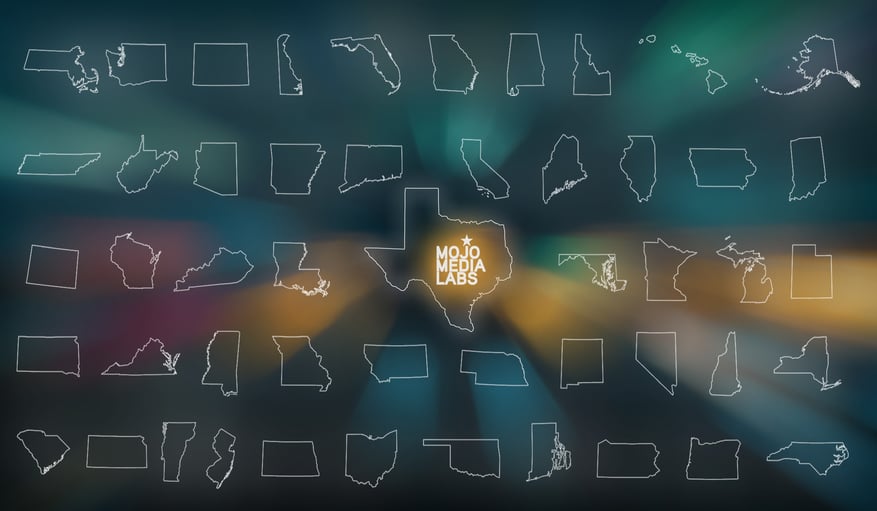 Revenue River agency, located in Colorado, embarked on an ambitious project, titled “The 50 States of Inbound Marketing,” to choose a premier inbound marketing agency representative for each state in the United States. We are honored to be named as the inbound marketing flag-bearer for the great state of Texas.

“It was a difficult task to choose just one agency for each state, for there are many exemplary companies providing inbound marketing services,” the feature states. “However, we wanted not only to showcase some great talent, but also to impress upon the masses the extent to which this industry has spread, and in the few short years, has become a staple of businesses everywhere.”

In many respects, HubSpot initially championed the inbound marketing process and continues to provide support for the inbound marketing industry. Mojo Media Labs is proud to be named the only HubSpot Platinum Certified Agency headquartered in Dallas, Texas with additional ambitions to remain one of the nation’s premier inbound agencies.

The inbound marketing methodology, though relatively young, is still intensely progressive. Like Revenue River, we’re excited inbound marketing is seeing increased attention across the country as a viable resource for growing businesses. We want to continue pushing forward with the inbound ideology while showcasing a positive example for agencies everywhere.