How often do you tweet a complaint about something? Whether it’s a product or service, it is almost second nature for people to express their satisfaction or discontent immediately on twitter. If you are like me, you don’t have loads of followers just friends and a few desperate companies, so its not like your tweets are of vital importance, right? It’s almost like screaming your thoughts in the woods, but that’s where you’re wrong. The woods are listening…

Social media sites like Twitter and Facebook aren’t just for marketing content and offers but they are excellent for listening to your audience. Many companies don’t even think about listening to what people are saying on these sites, they just hope their followers are interested and reading whatever the company pushes out. 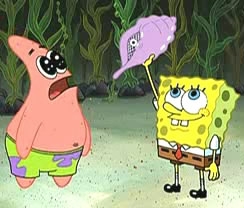 I have heard multiple stories of people venting their frustration about a company’s product or service via Twitter and actually receiving a fairly prompt reply via the company’s Twitter attempting to solve the problem or direct them to where they can solve it. The original complaint tweet usually just serves to vent or degrade the company’s reputation in the eyes of your own followers. Tweeters don’t usually consider the possibility of the company responding, but they can and they do.

Welcome to the new age of brand reputation management and customer service. Old school customer service used to involve a long drawn out, unsympathetic phone call that typically ended with the caller spewing their hate into the phone while the customer service representative replies over and over with “I’m sorry to hear that sir, we are doing everything we can to resolve this” in a heartless monotone voice. At least, that’s what I’ve experienced and I’m almost sure that’s not entirely unfamiliar to you. Then a new method arrived when email went mainstream. You could now type out your frustration into an email that may never receive a response or solution.

The difference between the old school customer service and new school is that the old school was a private affair between customer and company. No one saw what went on or how the situation was handled, they could only hear about it directly from you. Now with social media and review sites like Yelp! The customers have the ability to spread their discontent to all of their friends and followers with a push of a button. As most companies would understand, you cant please everyone all of the time but you sure as heck don’t want everyone who is displease to be sharing how you wronged them with everyone they know. Especially when there is no way for you to remove what is written so that it doesn’t begin networking its way all over the country or the globe. 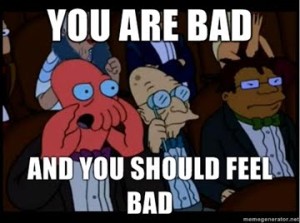 Hey look, your latest Google reviews are in!

This is where new school customer service comes into play. Twitter essentially gives companies the ability to eavesdrop on conversations about them to see what customers think, want and feel. Even if the tweeter doesn’t follow the company or the company isn’t following them, you can use the “Discover” search bar to search for keywords, such as your company’s name, product or service. It is a great way to do research about your target markets. It also allows your company to micro manage customer complaints. When there is a negative tweet or review about a company people often consider it graffiti slander on the most public wall ever made. Since it’s there permanently the company asks, “ How long will it be relevant? When will people forget? HOW MANY OTHERS HAVE SEEN THIS?!” The last question can be particularly scary because although you can count how many times it was shared or retweeted, the number of times it was read cannot be gauged.

One tweet could have the potential to hurt your company’s reputation significantly sure, but only if you don’t act on it. If executed right, you could even build your reputation even further. This would be done by responding to the tweet or review directly via the social media or review site for everyone to see. Remaining transparent allows everyone who views the negative tweet to see how you as a company handled it. If your response is swift, delicate, and consoling followed by a solution or an effort to solve the problem, the people who view the original tweet will see this and say, “wow, my friend had a bad experience but So-n-So inc. went out of their way to resolve the dilemma”. A proper response would nullify any negative comment about your company and possibly build your reputation as a company who cares. There will definitely be a few people who don’t see your response to the negative tweet but that’s just a risk of social media and the best solution is publicly attempting to console the customer and solve their discontent.

Brand Reputation management is a huge part of marketing and PR. Now that the world has become a smaller place via the Internet, your thoughts and publicly expressed opinions don’t go unnoticed. So don’t panic about a few of your customers spreading their dissatisfaction about your company, just handle the issue with full transparency and prove that the trees are listening and want to help.