Is Prospecting Getting Harder for Salespeople?

Prospecting remains one of the crucial components of the sales/marketing cycle and yet sales teams often fail when feeling out a lead’s interest in their company’s product or service. It’s important to draw the distinction that prospecting is not selling itself, but the determination if a seemingly qualified lead is ready for a sale, and to what extent. According to the 2017 State of Inbound Report,

38 percent of salespeople said they struggled the most with prospecting.

This statistic isn’t altogether surprising when considering how rarely marketing agencies, one of a sales team’s most valuable resources for qualifying leads, are aligned with their sales counterparts. Nevertheless, there are several factors and trends that could answer why prospecting is actually getting more difficult for salespeople over time.

The Problems of Prospecting Outweigh Other Parts of the Sales Process 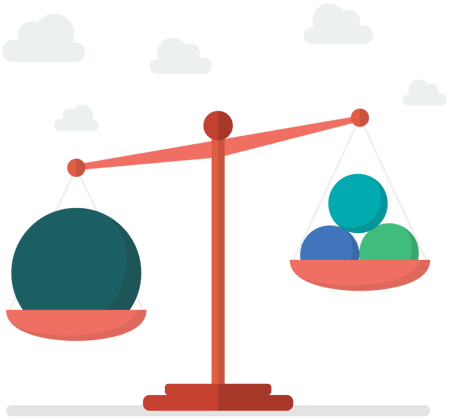 Of the four primary components of the sales process, prospecting was the highest by a considerable margin. The second-most concerning part of the process was closing the sale, which 28 percent of salespeople said was the most challenging. This makes sense given that closing on a sale, the conversion of a lead to a paying customer, is the most directly tied to ROI. Identifying leads and qualifying leads came in third and fourth at 21 percent and 13 percent, respectively.

The inherent challenge of prospecting is not knowing how a lead will respond to an often overtly forward inquiry about their interest in a sale.

This relatively direct process can sometimes be uncomfortable for salespeople and prospects, but these interactions are simply a reality of the sales cycle.

In North America specifically, salespeople say that they’re having more difficulty getting a response from prospects over the phone.

Cold-calling has long been a staple, if a slightly infamous one, of the prospecting process. Interestingly, 19 percent of salespeople say they’re struggling to incorporate social media into their sales process while 13 percent say they are having difficulty using new sales technologies.

38 percent of salespeople said that prospecting was not only the most difficult aspect of the sales process, but that it was the part of the sales process that has become more difficult over the course of the past three years. This has everything to do with how the relationship between sales and prospects has continued to transform, where “soft” lead-ins such as emails and social media interactions are preferred over the tried-and-true cold call. While calls are still vital and very much part of the process, not to mention the depth of information sales can receive, they do not reflect a change in the communication patterns among today’s consumers.

Beyond getting a response from prospects, which was ranked as the number one task that became the most progressively difficult over the last three years, connecting via the phone was ranked second at 36 percent. In a world of digital communication where text messages, social media, and email is the norm, a phone call doesn’t carry as much weight as it once did in the sales world. Salespeople seeing increasing struggles might be feeling the challenge because of a failure to adjust to communication trends (as the social media stats alluded to).

Sales and Marketing Must Be Aligned More Than Ever

As consumers and prospects continue to change their communication habits, the need for marketing agencies and sales teams to be more integrated has never been higher. Only 22 percent of sales teams indicated that they are tightly knit with the strategies of their marketing team, showing considerable room for growth. Whether developing B2C or B2B demand generation for leads, prospects and customers, the efforts of inbound marketing and sales teams are too often disjointed. Generally speaking, marketing agencies and marketing departments have a firm grasp on communicating with today’s online consumer and even the operation of CRM software. By learning on marketing, sales teams can improve their prospecting by speaking to them the right way and, more importantly, speaking to leads that already have a relationship with the company.