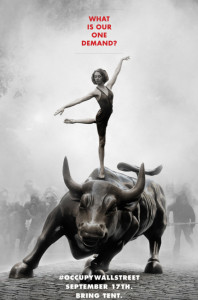 When Canadian anarchist group Adbusters took to Zuccotti Park on September 17. 2011, they started off as a simple protest for the usual things: economic inequality, greed, "the man" keeping you down; but they couldn't have known that what they started would transform into the massive movement that became known as #OccupyWallStreet. Almost overnight, the movement became viral over social media.

Virality isn't a new concept, but as communication technology improves, it can now happen at lightening speed. What used to be reserved to chain mail and cat videos is now being used to stunning effect by businesses, political movements, and more.

The reason why #OccupyWallStreet was so successful is that it leveraged the passion of a group. It harnessed record levels of unemployment and gave a unified channel for the disenfranchised. A lot of these people weren't working, they were ready to move, to become a movement. Groups are capable of so much more than the sum of their parts.

To try to put a number on how many people were involved in #OccupyWallStreet would be foolish. There were so many groups scattered across the country and there really wasn't anyone keeping track of the numbers. However, their change and impact was clear, #OccupyWallStreet dominated most of the headlines for 2011-2012.

Anonymous, the U.S. Day of Rage, New Yorkers Against Budget Cuts, and many other groups tied themselves together to promote #OccupyWallStreet. The continued efforts of Anonymous particularly, is what gave the movement so much longevitity. What happened here was a cause became championed by already existing groups, this created an intensely strong network to grow their supporters, but it also lost control of the original message

This was only part of the reason the movement worked, another huge reason why #OccupyWallStreet did so well was because the movement was ready to adopt new technologies in ways that their creators hadn't imagined. Take for example, the Shouty App. An app that allows people in an area to stream a live announcement from their smartphone's speakers to create a unified network of audio that has the effect of a professionally setup broadcast or public speaking engagement. The #OccupyWallStreet movement used this app to loudly and efficitely spread their message. A willingness to adopt new technologies creates a strong lifeblood for a group and as our culture becomes incresasingly technological, this will become even stronger.

Lose Your Message, Guide the Dog

The internet is not a tool in your tool shed, it is a guard dog outside your front door. It is there to help you as long as you keep it fed. However, ultimately that dog is going to do what it wants to do. Having traveled the country during those times, I saw the many different versions of #OccupyWallStreet that covered every major city square in the United States. I saw completely different messages ranging from Oil rights in West Texas to heated blankets for the homeless in Seattle. However, they all claimed to be part of the #OccupyWallStreet movement and continued their support. This is key for anything to go viral. You need to be okay with losing control of your message. Guide the dog, don't try to keep it on a leash.

Find out what the core of your message is, what is the most important thing that you want the world to know about from you. Then take that core message and use it to guide your viral movement. This is the future of viral marketing. Look at Mr. Splashy Pants, he deserves his own blog, but the summation is that a group was willing to lose control of their message, keep their core, and get results bigger than they had dared hope.

You can also do find ways to Virally market your message by answering these 5 simple questions:

What's your favorite Viral Marketing Campaign? Leave a comment below, and it may get featured in our next viral marketing blog!