David v. Goliath - HubSpot's State of Inbound '15 and what We noticed about companies big and Small 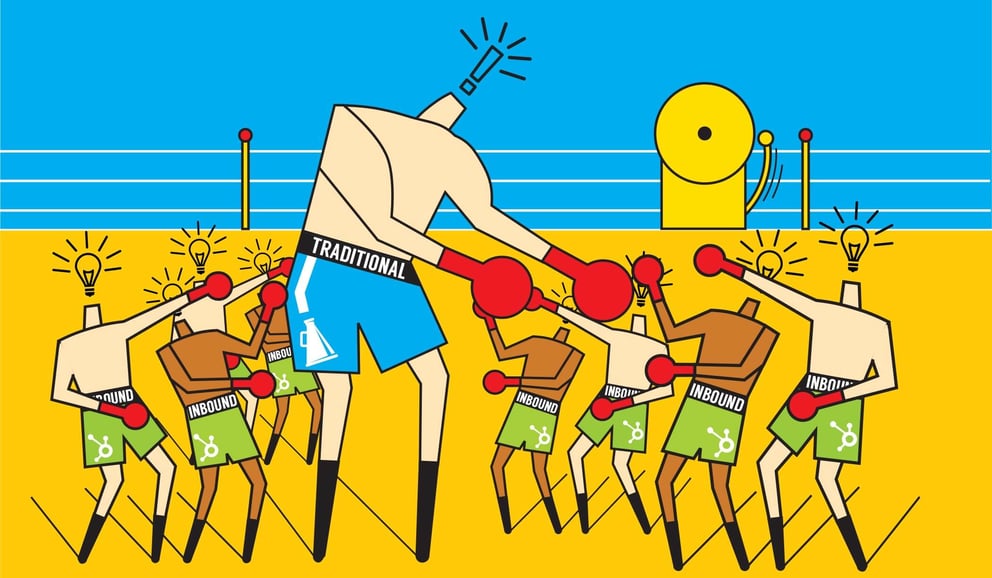 We all know the story of David & Goliath as the ultimate example of the underdog taking on a seemingly insurmountable foe and coming out victorious. Whether you view it as the triumph of divine intervention or the ultimate example of man's use of the divine gifts he'd been given, it serves as an excellent example of what is happening with inbound marketing these days. Looking over the State of Inbound 2015 report from Hubspot, Tweet: I kept thinking that in so many ways inbound marketing is the weapon that is letting the small companies stay competitive with the big boys.

The survey compiled information from almost 4000 marketers from around the world from a wide range of different aspects of the marketing-to-sales cycle. Like David with his shepherd's clothing and sling, Tweet: inbound marketing is allowing smaller companies to maximize ROI through their inbound strategies.

One striking difference between small to medium companies (less than 25 employees and 25-200 employees, respectively) is their reliance on inbound marketing. For these companies, more than three-fourths of their marketing strategies are based on inbound strategies. This corresponds to their priority for converting leads to customers. In the small and medium companies, over 70% reported this as the number one priority with increasing the number of leads equal or even more important. While still the top priority, increasing revenue from existing customers seemed nearly as important (55% to 62%).

The Importance of Proving ROI

Tweet: The quality of leads inbound marketing provides as it targets the specific parts of the funnel seems to be one of the great equalizers.The larger companies were significantly more concerned about proving the ROI of marketing activities than smaller companies (30% to 20%).

Perhaps it's the distance of the C-suite to what is happening on the lower floors, but this is one clear difference between the Goliaths and the Davids. Proximity to what is happening at the B2B level allows those in charge to better understand the value of inbound marketing as a tool of producing motivate leads, something that loses focus the further away a person gets.

We All Want the Same Thing

Interestingly, no matter the size of the company, we all want the same thing—convert contacts/leads to customers. Both inbound and outbound marketers rated paid advertising as the most overrated marketing tactic. What's interesting, and is probably the reason for the David and Goliath difference is who tends to favor inbound over outbound tactics.

No matter the strategy, every company is looking to convert contacts and leads to sales. It just seems as the companies grow larger the compartmentalization of budgets may be a factor that is affecting the tactics the different groups will use.

In the end, one trend is clear from the State of Inbound 2015 report. Inbound marketing is now on solid footing as a proven, cost effective way of marketing. Regardless of the size of the company, everyone is using inbound strategies in some way and the most successful companies are closely tracking the ROI. Rather than being a passing trend in marketing, inbound has found a way to use the new tools at our disposal to maximize the marketing budget.