5 Reasons Why You Shouldn't be Using Flash on Your Website

In the web development world, Flash doesn't get much love these days.

I asked our developer Sam about this, as I like to do on topics that I don't know that much about. I said, "Sam, tell me the latest word on Flash?" and he said "It needs to be dead."

So what happened? What's so bad about Flash? 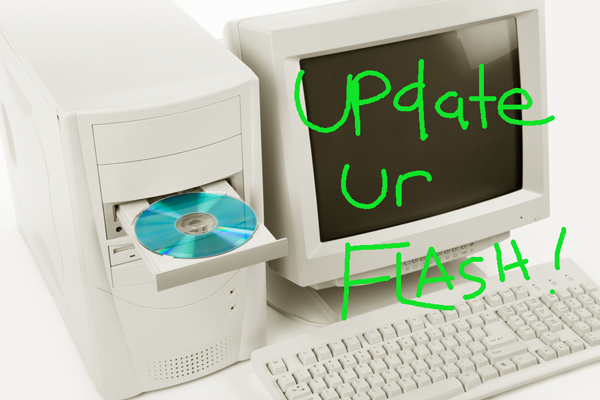 Want a video or animation on your website? From 1996 up until about 2010, you probably would've looked no further than Adobe Flash. When Adobe released their multimedia platform Flash in 1996, it was revolutionary and changed the way websites looked and worked. Users had to make sure their Flash player was downloaded and updated and voila, animations and videos! It was really cool.

Now, most people don't bother making sure they have the latest Flash player updated and installed on their computers. In fact, users are encouraged to block sites that use Flash because of security issues.

Flash has a long history of security flaws, malware, and bugs.

Apple led the movement away from Flash dependency back when they released the iPhone and later the iPad. Flash is terrible for mobile devices because it drains battery and eats memory, and of course because of the many bugs. Because of this, Steve Jobs announced his mobile products would not support Flash. Jobs comments here about Flash in 2010 he says "Flash was created during the PC era – for PCs and mice." Of course, Jobs was proven right as Flash is essentially dead in the era of tablets, smartphones and touch screens.

Flash consumes a lot of power, slows down browsers and causes your computer to do a lot of unnecessary work. Mobile is huge now so the technology has to be light and efficient.

There are much better solutions now for animation. The new standard is the HTML5 Canvas element.

If you've ever played around with one of the fun Google doodles of the day, you can see how easy and seamless the HTML 5 code works. It is supported by all browsers, more efficient, and works on all devices. You don't have to have special software to run it and there aren't security issues to worry about.

Here is a cool website that features fun animations and interactive elements with this technology.