5 Ads that Directly Poke Fun at the Competition

Making fun of the competition is an age-old theme in advertising. The first caveman to fashion a club was probably snickering at the rubes who were still using rocks. 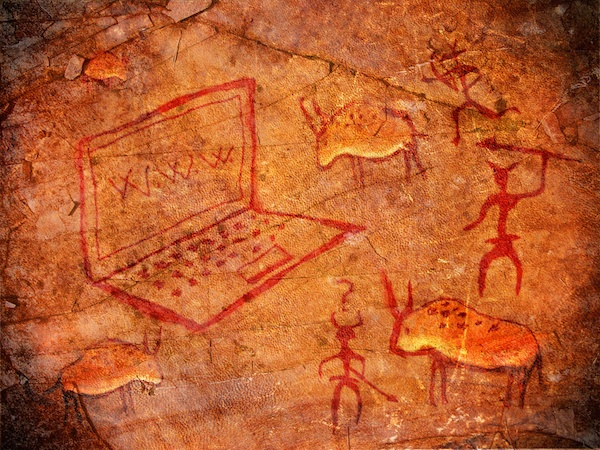 Using humor, sarcasm, parody, and silliness is a great way to get your name out there (hey, we're taking on the big guys!) and do it in a way that makes people pay attention. But it's not a strategy that works for everyone.

When brands address their competitors' product, directly by name or by subtle references, they are saying a couple of things:

Making fun of your competitor seems to be a big theme these days. Here are a few brands who have made campaigns of teasing the competition.

I'll admit, the Super Bowl ad from Budweiser inspired this whole post. I'm a craft beer enthusiast, and I've watched the world of craft beer grow tremendously over the past decade. This ad pokes fun of the whole industry and culture of craft beer "snobs." It's pretty funny and the parody rings true at points and falls short at others (craft beer is not just for beardy hipsters anymore, but then again, I'm biased).

It also points out how the little guys have become big players in the game, thus worthy of the big brand's notice.

This message clearly says, "Budweiser is a real beer for real Americans. Only hipster nerds sip and fuss over their sissy beers." The ad reinforces us vs. them tribalism by making fun of the other brand's loyal followers and patting their own followers on the back – a theme you'll see throughout these kinds of ad messages.

You might recall another brand who famously did the same thing a few years ago.

Here you have the hip young Mac poking at nerdy, old PC.

This campaign had a total of 66 TV spots that ran from 2006 to 2009. The "I'm a Mac, and I'm a PC" characters launched a thousand parodies. Apple was "punching up"– they were the little guys, and Microsoft the big, outdated giant.

It was a brilliant idea, beautifully executed and hugely entertaining. The thing that maybe didn't work so well? This Slate review from 2006 says it well, "Hodgman [the actor who plays PC] gets all the laugh lines! And Mr. Mac comes off as a smug little twit."

It may not have worked for everybody, but Apple invested four years in the idea and it seems like it paid off. They just announced their most profitable quarter in history.

After this campaign, Apple's competitors would spend the next decade punching back.

Leading the pack of brands who love to mock Apple, Samsung and their Galaxy line of phones. They've captured the "we're too cool for raving fanboys" sort of vibe. Their commercials point out the superior features of the Galaxy phones and how they're actually more innovative than Apple. They also mock the culture of early adopters "waiting in line" to get their new iPhones.

For me, as a consumer, this is the most ridiculous example of a brand hitting back at a competitor.

15% In 15 minutes? That's crazy! You could be saving money in half that time–just 7.5 minutes with Esurance!

That's it. From the commercials I've seen, you're just a dinosaur if it takes you any longer than 7.5 minutes to get insurance online.

I'm not sure what the other benefits are to choosing Esurance over Geico. For me, this message just doesn't work. What do you think?

You don't have to limit your teasing to TV commercials. Billboards will do the job, as Audi and BMW illustrate in this next example.

Back in 2009 the two car companies had a classy billboard fight in a busy intersection of Los Angeles. Audi made the first move promoting its A4 sedan and challenged BMW. A local dealership responded on a nearby billboard and the results were pretty great. Ouch! This little skirmish led to a whole billboard war between the two brands. 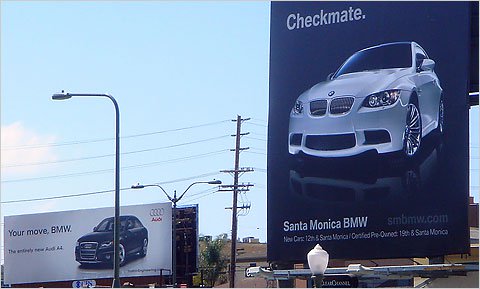 We can draw a few lessons from studying brands who make fun of competitors in their advertising messages:

What are your thoughts on pointing out your competitors' flaws or making fun of their loyal followers? Good idea, bad idea? Would it work for your business? Share your ideas or famous fighting brands in the comments below!